(worship video below. Service begins after 15 minutes of announcements slides)

Since we last saw Jesus and the Disciples, he has healed large crowds of people who flocked to him, desperate for help. He’s had compassion for the crowds, who were hungry after their day on the hillside waiting to be healed, so the second feeding miracle takes place, again with the theme of abundance. They have more than crumbs when all is over. They have baskets full.

The religious leaders have continued to question and vex Jesus too. And the disciples continue to be uncertain as they live into their callings. You can imagine the disciples wondering, ‘are the pharisees right with any of their questions and can they cause trouble for Jesus and for us?

How are we supposed to know what Jesus means when he speaks in parables?

What does it mean to follow a rabbi who can heal an entire crowd of people and then feed them from a few loaves and fishes?

Is Jesus expecting us to also heal people and feed large crowds? How are we going to do that?’

So many questions the disciples must be facing. Identity. Calling. Vocation.

We aren’t in Caesarea Philippi today, but I suspect the questions the disciples had are still relevant to us now. At every turn there are religious authorities claiming different things about Jesus.

Jesus would welcome ‘those’ people.
Or Jesus would tell you to send them to the outer darkness where there is weeping and gnashing of teeth.

The Pharisees and Saduccees are busy these days with opinions about Jesus.

And we may also share the disciples concerns about the task ahead. There are lots of people needing healing. We’ve got hungry people all around us. Jesus is wanting us to do that how, exactly?

I suspect Jesus senses their questions, their worries, their anxiety, and their stress. And as he had compassion on the crowds he’d just fed, he has compassion on his disciples too.

“Who do people say that the Son of Man is?”

Finally, a question they can answer easily!

Gold stars, all around, disciples.

And Jesus asks them, “who do you say that I am?”

This is the tough one. It’s easy to observe, and even critique, what other people say. Putting it on the line to stand by our own well thought answers? That’s more challenging.

But Peter. God love him. Peter is all in.

“You are the Messiah, the Son of the living God.”

I want to be more like Peter some days. Confident, impulsive, and unafraid to be wrong.

Jesus calls Peter blessed, and says he will build his church on the rock that is Peter.

Peter’s actual name is Simon, but Jesus calls him Peter, or “Rocky”. Petra in Greek means stone. In Aramaic, you may hear the name ‘Cephas’. It’s on this stone that Jesus will build his church. Clever, Jesus. We see what you did there.

What occurs to me, though, is that Jesus never says to the other disciples, “you should be less like yourself and more like Peter”. He doesn’t give any others of them the same nickname. He doesn’t want 12 Rockys. 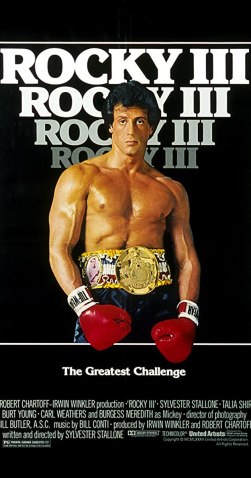 Jesus calls Peter blessed, and Jesus builds his church on Peter, because Peter is exactly who he was called to be. Peter is far from perfect. Remember this next week. Peter says the wrong thing as often as the right. Jesus doesn’t build his church on a perfect person, but on one who is willing to be himself.

In Mark’s gospel, Jesus nicknames brothers James and John the “Sons of Thunder”, and we have no idea why, but we all agree it is the best nickname Jesus bestowed.

What nickname would Jesus give to you? When you’re being your truest version of who you are, what are you like?

This judgment happens on a much smaller scale too. I know that in my own life, I have often felt that I was too opinionated, too large, too bossy, too much something. I said earlier that I have wanted to be more like Peter. But in truth, I’ve wanted to be more like the people who didn’t seem to get in trouble in class for asking too many questions, or the people who can seem to manage not to get upset every time they see injustice.

When I was in elementary school, we had a much beloved principal who was replaced upon his retirement with a not much beloved principal. And this new principal started implementing all sorts of rules, as if we’d been lawless chimpanzees before he’d arrived. You had to walk down the right side of the hallway. You couldn’t cut in line. etc. We’d done all those things before he made them rules, but he seemed to need something to enforce.

So one day in the lunch room, he cut to the front of the line. And 4th grade Marci walked up to the principal and said, “the back of the line is over there”.

He called my teacher over to assist him in his cause and she replied with “well, it is your rule”. (Mrs. Miller, I love you.)

He called my parents and suggested they should teach me to respect authority.

My parents weren’t trying to keep me from being myself, but I’m also pretty sure they had no idea how to help me be myself in a way that society was ready for.

One of the gifts of age, for me at least, has been the permission to spend less time wishing I were like someone else and more time trying to figure out how to be more like me, who God created and called me to be.

In the apostle Paul’s letter to the Romans, he sums it up this way:

I appeal to you therefore, brothers and sisters, by the mercies of God, to present your bodies as a living sacrifice, holy and acceptable to God, which is your spiritual worship. Do not be conformed to this world, but be transformed by the renewing of your minds, so that you may discern what is the will of God—what is good and acceptable and perfect. For by the grace given to me I say to everyone among you not to think of yourself more highly than you ought to think, but to think with sober judgment, each according to the measure of faith that God has assigned. For as in one body we have many members, and not all the members have the same function, so we, who are many, are one body in Christ, and individually we are members one of another.”

Presenting our bodies as a living sacrifice is, I think, a call to offer our very selves to God. Paul, note, doesn’t call us to sacrifice other people. We offer our own selves, as holy and acceptable to God. The world would conform us to images of sameness, but God seeks us to be transformed into God’s vision for each of us so we can transform the world.

Individually, we are members of one another.

Again and again, scripture lifts up the truth that rugged individualism is not the goal of life. Yes, be who you were individually created to be, but the point of our particular gifts is to participate in making a better world, because we are members of one another. It’s the world that needs your individual gifts. Hillel, an ancient Jewish teacher said, “If I am not for myself, who will be for me? But if I am only for myself, who am I? If not now, when?” (Ethics of the Fathers, 1:14)

How could we transform the world in life giving ways if we each lived into who God created us to be, and perhaps more importantly, if we allowed other people to do the same?

The disciples were worried about how to participate in this work of healing, teaching, and feeding that Jesus was doing. Jesus was Jesus, but they were just themselves. How were they supposed to do what he was doing?

Where are we, for that matter, to find the courage to do what needs to be done? It’s a hungry and hurting world out there and while some people seem to relish in their cruelty, we know there can be a different way.

Can we be courageous together as the people of Calvary Presbyterian Church? If we each stayed close to the way we were made, and brought that as an offering, think about how we could transform the world. Many of you are already doing this, in truth. It’s one of the reasons I said ‘yes’. I want to work alongside people who are willing to offer themselves as a living sacrifice to give people food, shelter, safety, dignity.

Who do you say that I am? is the question Jesus asked his disciples. Everyone else was saying that Jesus was someone else. Elijah, one of the prophets…. Peter knew that Jesus was Jesus. ‘You are the Messiah. The son of the Living God’.

Jesus had to be who God had created him to be too. And I suspect it took courage for him to live into his identity too, some days.

So take heart, which is the root of the word courage. Let’s offer ourselves as sacrifices to transform the world. None of us can do it alone, but let’s see what we can contribute together.