I started reading Harper Lee’s newly released (if not newly written) novel, Go Set A Watchman, this morning. I just finished it this afternoon.

It has been a long while since I started a book and couldn’t put it down, for what that’s worth. It’s funny and charming. Many of the characters I loved in To Kill a Mockingbird are still here, and it was good to see them again. Lee’s ability to paint a picture with words is enviable. Here’s the description of Mr Stone, the pastor of Maycomb Methodist Church:

“Because Maycomb’s church had for years not been large enough for a good minister but too big for a mediocre one, Maycomb was delighted when, at the last Church Conference, the authorities decided to send its Methodists an energetic young one….Mr Stone had long been suspected of liberal tendencies; he was too friendly, some thought, with his Yankee brethren; he had recently emerged partially damaged from a controversy over the Apostle’s Creed; and worst of all, he was though to be ambitious.” (p 95)

Could she be more evocative? Now I want to know ALL ABOUT the Apostle’s Creed controversy.

This book has received much attention.  It dares to challenge our idealized notions of that book’s god like hero, Atticus Finch. 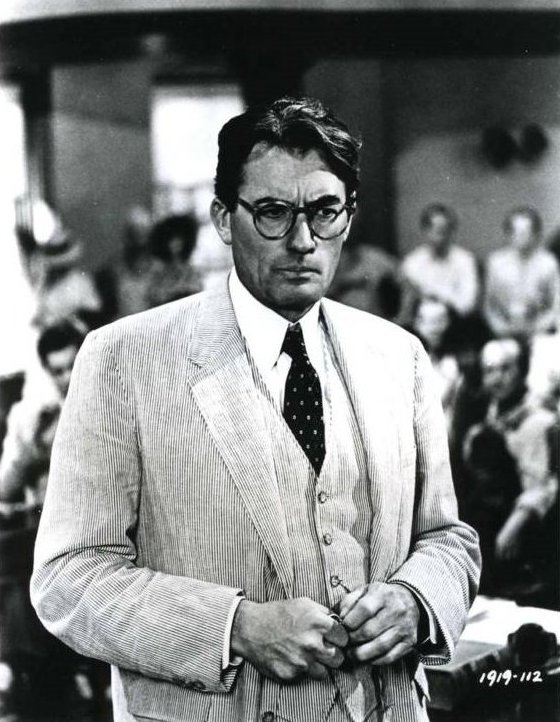 I mean. Really. Was there anything sexier than a smart handsome man on the side of justice?

Here are some better reviews of the book than I could write. Katie Sherrod and Will Willimon sum things up well, I think.

The title of the novel comes from the text of the sermon preached by the unfortunate Mr. Stone. Isaiah 21:6

For thus has the LORD said to me, Go, set a watchman, let him declare what he sees.

God instructs a watchman to posted on the city walls, vigilant to report news of the fall of Babylon.

And when he sees the horsemen, riders in pairs, he calls out:

Fallen, fallen is Babylon; and all the images of her gods lie shattered on the ground.

And this is the beauty of this novel. We are Jean Louise as she returns to Maycomb. We ache and are as appalled as she is when she hears Atticus make horrible and racist comments. All the images of our gods lie shattered in the Alabama dirt.

And this is exactly the novel we need for today. I hope this leads us to stand on the watch tower and look at the world around us. I would like to think we live in a different world than pre-civil rights South. But just today the KKK held a rally in South Carolina.

This novel calls us to stand on our own tower, watching for our own false idols that need to crash to the ground. It’s easy to want to avoid this book because we don’t want our illusions of Atticus Finch shattered. It’s harder to break open the reason we cling to our illusions and false idols so tenaciously.

America, Go set a watchman. Let him declare what he sees.

4 thoughts on “Setting a Watchman”