I’m doing some genealogical research about my birth family and I found my maternal grandmother’s birth certificate application that her parents filled out when she was born in 1899.

The seventh question asked about her was this: “Legitimate or Illegitimate”

I can’t quite fully describe how offended I am by that question. When I read it, I felt it in my body, like a punch to the gut.

What kind of a world is it where we would use the word “illegitimate” to describe a new born child?

Last night I watched the movie Philomena. I had been wanting to see it for a while. I was waiting for a night when I had the house to myself because I was afraid the story of a woman searching for her son, placed for adoption, might make me cry. And it did. A little.

But our experiences were so different. Philomena Lee was an unwed Irish teenager, taken to the nuns by her shamed father when she got pregnant. She was told the pain she experienced in childbirth was the atonement for her sin. She was then put into slavery for 4 years to “pay back” the cost of housing her during her pregnancy. She and other unwed mothers worked 7 days a week for 4 years for no wages before they could leave the nuns.

Her son was taken away from her without her consent, although she’d been made to feel so horrible for having had sex and getting pregnant, that she felt she deserved it all. And she kept it a secret for 50 years.

Philomena’s story made me angry more than it made me weep.

And so, today, when I saw the “legitimate or illegitimate” question on my grandmother’s birth certificate application, my anger turned to sadness for all of the children we’ve made to feel “less than” because of the circumstances of their birth.

As an adopted child, I always knew my birth parents were not married. I knew I was “illegitimate”. And when I got pregnant and wasn’t married, I heard the whispers of “bastard” and “illegitimate” that were directed my way.   I was also appalled when I could not list the name of Eric’s birth father on his legal, State of Texas original birth certificate because we were not married. I had a notarized form from him acknowledging paternity (which was needed for the adoption) and they still would not put his name on the certificate. So, instead of giving him my last name, I gave Eric is father’s last name when I named him. We were doing an open adoption, but there was no guarantee of a relationship and I wanted to make sure he could track down his birth parents if he needed to some day down the road.

Thankfully, I was pregnant in 1989 instead of 1899, so the level of shame that society was able to impose on me was much less than it would have been for my birth mother or Philomena.

We need to let the shaming go. All the way. We have to stop punishing children because we do not like the sexual activity of their parents. We have to stop even the residual acts of societal shaming we direct at unwed mothers.

Luckily, my grandmother’s mother was able to put the “correct” answer on her birth certificate. But I’m haunted by the ghosts of all of those women over the years who had to write “illegitimate” on the form, and the shame that was imposed on a moment that might otherwise have been the happiest moment of their lives.

A number of friends have recommended the book, “The Girls Who Went Away: The Hidden History of Women Who Surrendered Children For Adoption in the Decades before Roe V Wade”. I’ve just ordered it. That’s my next step. My birth mother doesn’t want a relationship with me, so I can’t ask her what it was like. I will, however, read up on the stories of other women who went through a journey similar to hers.

And just for a bonus, here’s a photo of my maternal grandmother, around 1916. She’s the one on the left. 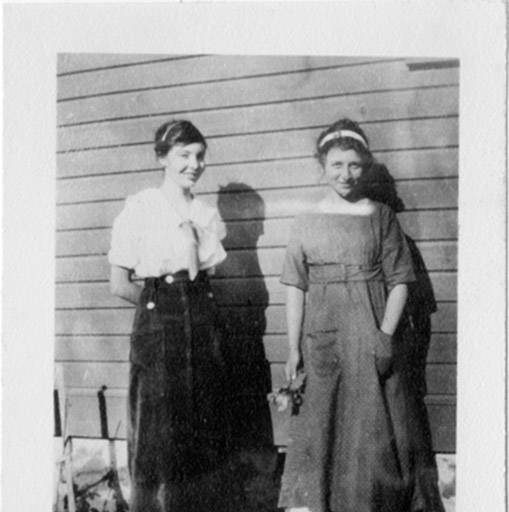 my maternal grandmother is on the left

UPDATE: Tennessee is considering legislation that would label children conceived by artificial insemination “illegitimate”, no matter the wishes of the parents. Read about it here.