I was sorry to miss a chance to worship with you last week. The sermon you didn’t hear preached is here, and it covered the story of John the Baptist, preaching of repentance and baptism. 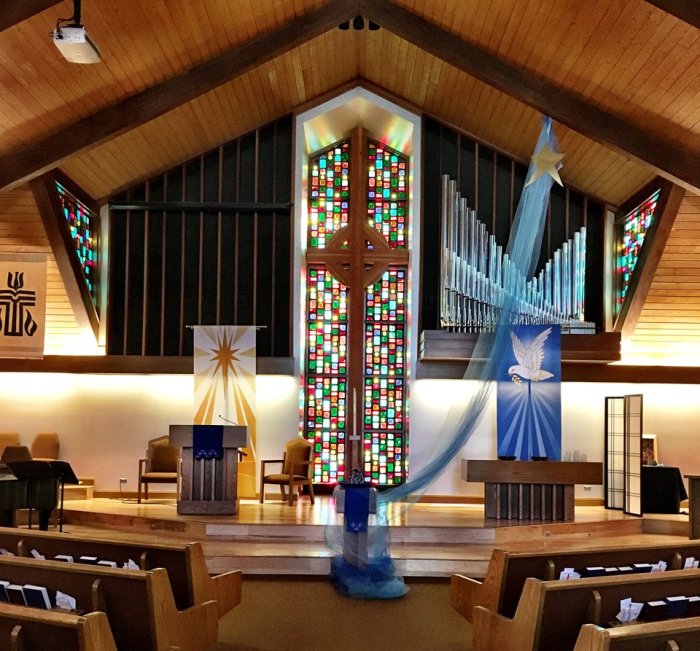 The sanctuary is decorated still for the celebration of Baptism of the Lord, when the heavens are torn apart and the Holy Spirit descends and lands on Jesus as God’s voice says:

You are my beloved child. In you I am well pleased.

Hear this: God speaks to Jesus and announces God’s love and pleasure in him. God also says that to you. For real. I don’t care what kind of a mess you are, you are God’s beloved mess, and in you God is well pleased.

After Jesus’ baptism, this same spirit that landed on him as God declared his love, sent Jesus out into the wilderness to face temptation. Remember that the next time you hear a prosperity gospel charlatan try to tell you that if you just believed correctly, God would make you rich and bless you with gold toilets.

God loves Jesus and is well pleased with him. AND Jesus faces temptation.

And then he goes back home. To Nazareth.

I don’t know about you, but going home again is bittersweet. For Jesus, since he’d left home, he’d been given a tour of the world by the Devil. He had encountered both people and cosmic forces who saw him in different ways than did Mr and Mrs Liebowitz from across the street.

“That Jesus. Such a nice boy. Always polite and helpful. Glad to hear he has done well for himself, reading scripture in the temple, even!”

You can hear those voices in the text. All of the praise for his reading, compliments for his gracious words. Which is nice and all. It is.

But we can see his frustration, can’t we? He has seen the world, it’s problems, it’s temptations, and they are praising him for “gracious words’? Really? Ain’t nobody got time for that.

Jesus spoke difficult words. He spoke challenging words. He also declared himself the fulfillment of scripture, which means he spoke controversial and blasphemous words.

And they called them “Gracious” words? Were they even listening?

So jesus changes tactics. Let’s see how gracious they think he is now…

He tells them he won’t work the miracles they have heard he did down the road in Capernaum, that prophets can’t do anything in their hometowns,  and that when god’s people don’t do what they should, then god works with foreigners.

To make it worse, he uses stories from their own bible to make his point.

When they heard this, all in the synagogue were filled with rage. They got up, drove him out of the town, and led him to the brow of the hill on which their town was built, so that they might hurl him off the cliff.

Yes. That is more like it. Now they are paying attention.

A good friend gave me a bumper sticker that says “if you aren’t outraged, you aren’t paying attention.”

I suspect God can handle our outrage, even if it reflects our response to insult. Jesus manages to pass through them without harm, so he seems able to take care of himself without our defense.

I know we aren’t supposed to hurl Jesus off cliffs, but I want to think he liked their response. He knew the effect his comments would have on the crowd, don’t you think? He is the one who goads them on and whips them into a frenzy, after all.

I think there are times when we aren’t supposed to be happy about “gracious” words that aren’t so gracious. Aren’t there times when our outrage shows we are paying attention?

When Jesus read from the scroll of Isaiah, the crowd should have reacted.

They could have agreed with him that it was time for that promise to be fulfilled, leading them to work for change to the injustices of the world.

Or they could have disagreed with him and decided the poor should find their own good news and releasing the captives is a horrible plan and not one to take literally.

Either way, it was Isaiah’s prophecy that should have outraged the crowd, not Jesus’ follow up comments. George Orwell said, “the further a society drifts from the truth, the more it will hate those who speak it”. 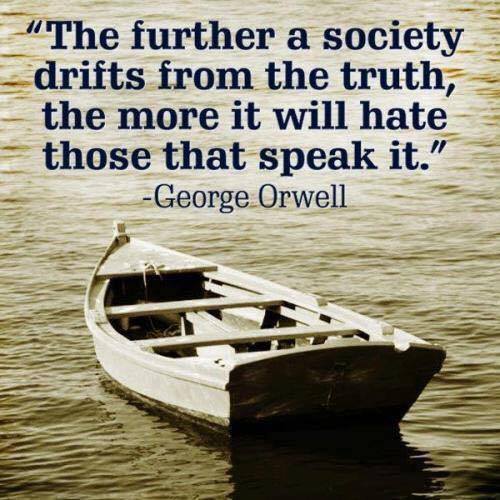 And when Jesus spoke the truth, they hated it. It enraged them.

Rage is not a primary emotion. When we get angry, if we give ourselves time sit with our anger, we discover it can hide other emotions.
Fear.
Sadness.
Guilt or shame.

I do it all the time. I find myself angry about something and I start ranting about what needs to be done to fix things!

And then I sit with it for a bit and realize my anger is responding before I even have time to get in touch with my sadness, or whatever emotion is stirring within me.

I wonder what the folks in Nazareth were really feeling, hidden underneath their anger?

Was it hiding their despair because the problems Isaiah talks about are too big for one person to fix?

Was it hiding their shame because they recognized they had not done what God had been calling them to do?

Was it hiding their sadness for a world in so much pain?

Our world is filled with rage. Pay attention to it when you listen to the news. Does rage lead people to productive policy discussion? In my experience, rage leads people to throw others off proverbial cliffs with personal attack and insults, while the important policy decisions are ignored for higher ratings about shock and awe stories about personal failings.

We all lose when our rage feeds the more “interesting” scandals while the more “important” issues are ignored. It’s fine to get upset at upsetting news. When God’s beloved children remain captive to the problems Isaiah mentions—
poor—with little opportunity to rise above it,
sick—with little access to affordable health care,
in prison—with little access to fair economic and judicial systems,
oppressed—with no access to justice and freedom,
we should be upset.

When our rage allows us to be distracted away from those real tragedies, though, we all lose.

What are we going to do with our rage? Will we try to run the messenger off the cliff when they speak truth? Or are we willing to sit with it for a while, to feel what we’re really feeling, before we respond?

We don’t really know what happens to the crowd after Jesus disappears. Do they stand there for a few minutes and then look around, snap out of their frenzy, wonder how they got to the edge of a cliff, and quietly go home, each to their houses, hoping to never speak of the day they tried to kill Joseph’s son?

I hope they snapped out of the frenzy and allowed themselves to feel the true emotion that was hiding under the rage. I hope the truth of their sadness, or their fear, or even their anger about injustice led them to do their own proclaiming and fulfilling of scripture in ways that made people’s lives better.

What we don’t want to be are the people with whom Jesus can’t do anything. We don’t hear much about Nazareth in the rest of the gospel. It is a place from where nothing good can supposedly come. It is the hometown of Jesus. But it isn’t the site of many miracles.

Jesus goes next door to Capernaum and accomplishes all sort of things. Heals lepers, rebukes demons, heals Peter’s mother in law, heals the crowds, and preaches in the synagogue.

Maybe the problem with Nazareth was only that they got outraged about the wrong things.

Instead of worrying about whether or not Jesus had insulted them, what if they had chosen instead to be outraged on behalf of the people Isaiah wrote about?

The people of Capernaum, and the other towns where Jesus healed, were able to accept him as he was–a healer, a prophet, a good preacher in the synagogue.

The people of Nazareth couldn’t seem to get over their notions of who he was supposed to be. They couldn’t let go of who he had been—the boy running through the streets of the village, the kid who asked all the questions during the Time with the Children, the young man who made the most beautiful furniture, Joseph and Mary’s boy.

We have to pay attention to that too. Do we define Jesus by who we think he should be? Or do we welcome him into our midst as he is now? Is “change” a four letter word, or are we able to adapt, to watch Jesus continue to push us, continue to challenge us, continue to force us out of our comfort zones?

We have to fight our tendency to pretend change doesn’t happen. By becoming flesh and living among us, God gave us new ways to understand God. God remains sovereign, but God, in Jesus, grows up, changes, lives a life of change.

We will come to the table in a few minutes, to celebrate communion. Which is another way God helped us see change. From the sacrificial system of the temple, God changed it so we wouldn’t have to sacrifice at an altar any more. From a meal shared among friends, Jesus showed us how much the Divine loves us and wants us to love each other.

So, as we come to the Table, know that God is with us in the midst of the change of the world. We just need eyes and hearts and minds open to see Jesus as he is, and to hear him as he calls and challenges us, so we can join in the work of the kingdom.