We humans often have a bad habit of “othering” people. By that, I mean we look at someone’s life that seems very different than our own, and we place them in some category at a remove from our concern. (For a great video series on this topic, check out “Love an other” from Theocademy. Videos here.)

Sometimes we “other” people with observation. Sometimes with judgement. Listen to the difference:

They are different.
or
They are weird.

They speak a second language. I can’t imagine how hard it would be to have to get by in a place where I didn’t know the language.
or
I can’t understand them. Why don’t they speak English?

They’re from New York. or Bagdad. or Kuna.
or
They’re from a place without culture or civilization.

or the one that speaks to where we are this week—

They approach politics from a different perspective than I do.
They are voting for that person? Are they insane?

It is appropriate to notice difference, to embrace it, even. We aren’t called to pretend everyone needs to be the same.

Sameness is the darkside of “othering”. Because often when we notice the things that divide, we notice it with a judgment that we would prefer it if the other person were more like us.

The story of Jonah is all about this. God sends Jonah to call Ninevah to repent so they can avoid judgment.

And Jonah won’t do it.

Because he wants Ninevah to be judged. They’ve been a basket of deplorables for so long that he can’t even remember if they ever used to be friends. They are nasty, disgusting people, seriously bad hombres. Those horrible articles they post to Facebook. They are fully deserving of God’s wrath. And no way, no how, is Jonah going to preach one of his awesome sermons to them so that they’ll be saved from judgment, which will be yuge, I tell you.

So Jonah goes to Tarshish instead. It would be like God calling us to preach to Portland, and we instead drive toward Denver. You can’t preach to the Ninevites if you’re hiding out at your friend’s doublewide trailer in the mountains of Tarshish, now can you?

God will not abide having the message of grace and repentance withheld from any of God’s children, even the nasty, deplorable ones. Until Jonah acknowledges that Ninevite Lives Matter, specifically, God won’t let him get away with saying “all lives matter”.

The ship Jonah escapes toward Tarshish on ends up in a huge storm and Jonah recognizes his culpability. He is tossed overboard and swallowed up by a giant fish. God decides 3 days in the digestive juices of a fish ought to give Jonah some time to think about his choices.

And then Jonah agrees to the plan, and gets spat out on the shore, where he heads to Ninevah to preach.

You can almost hear the glee in his voice when he announces their destruction and doom.
“Forty days more, and Nineveh shall be overthrown! Ha! That’ll teach you horrible people! You ought to be in jail, crooked Ninevah! We’ll see how you feel when God’s judgment puts you in your place!”

Jonah delivers the message, gets out a lawn chair and maybe some popcorn, and sits down to wait for a ringside seat of the destruction.

But the people repent. The King repents. The cows repent, for pete’s sake. 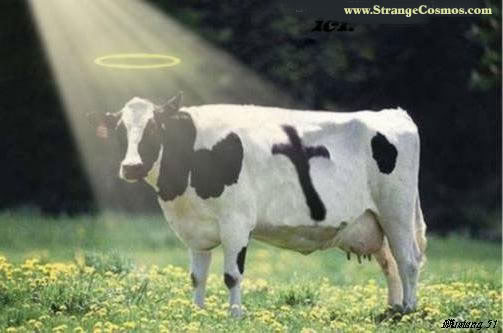 God’s message of repentance and grace prevails. God shows mercy on Ninevah and doesn’t destroy them.

Jonah’s front row seat to the destruction of his enemies doesn’t turn out the way he had hoped. Despite his greatest hopes for their doom, they are converted. His very success as a preacher and evangelist annoys the heck out of him.

I’ve shared this quote from Anne Lamott before, but it bears repeating:

“You can safely assume you’ve created God in your own image when it turns out that God hates all the same people you do.”

Our job, as it turns out, is not to judge.

Only God gets to do that, and even then, we can’t presume God will hate all the same people we do. God doesn’t “other” people.

There’s a lot of “othering” taking place in the story of Jonah. And not just between Jonah and the Ninevites. On board the ship when the sailors are trying to figure out who’s to blame for the storm, it says “each one cried to his own God”.

Even though they are all dying in the same storm, they are not together.

There’s a lot of “othering” taking place in our world. I know we’re all waiting for this election to be over, but unless we have our own repentance and changes of heart, it won’t all get better the day after the election.

The things that divide will remain. The ways we disconnect ourselves and our well being from the lives and welfare of other people will remain.

It is up to us to tell a different story.

Or maybe to claim an old one. To remember who we are and whose we are.

We’ll be coming to the Table this morning, and it is here that the contrast between God’s Kingdom and our kingdom is most apparent. We speak of all people being invited to this Table. And I’m sure we mean it. But not all the people who should be at this Table are in this room. Our religious life is not exempt from “othering”, in other words. The most segregated hour of the week is Sunday morning worship. Somehow, despite God’s message of radical inclusion and grace, we still divide into sanctuaries of sameness, where the only lives that matter are the ones like ours.

We have systems in place in our culture that make racism and sexism, and the other ‘isms’, ingrained and invisible to us. So we can say “all are welcome” but until our divisions become more visible to us, until we can face our privilege with both honesty and grace, until we bring our very woundedness to the Table, how can we know of the fullness of God’s mercy?

That’s what Jonah faced at the end of his story. God calls him to awareness of his privilege. “I care about you, Jonah. Should I not be concerned about Nineveh, that great city, as well?”

Jonah has to tell himself a different story.

When we come to the Table, we say we “remember” on the night Jesus was betrayed…. We weren’t there.

Our remembering is recalling the story of our past in a way that “re-members” it,
re-orders it for the present.

What story of our life, of our faith, and of our nation do we want to remember? How can we tell it differently in the days to come?

One thought is to remember the Table. Because it is here, today, in this very room, that Trump supporters and Clinton supporters will gather. Together. In unity despite their differences to share a feast. Around a Table which has room enough for all.

One thought on “Ninevite Lives Matter”