My friends Landon and Rocky do annual Music of the Year Blog posts. I’m , copying, no, joining in on the fun. Here’s Landon’s post on Rocky’s blog.

They list their Top 10 Songs and Top 5 Albums, but I’m just going to throw a bunch of stuff out there and we’ll see what we end up with.

My songs/albums may or may not have been published in 2013, but 2013 is when I discovered them.I also recognize I’m easily distracted by new and shiny things and January was a long time ago, so this is a lot of music I’ve been listening to recently.

And they are listed in no particular order.

1. The Mowgli’s Waiting for the Dawn

I love this band. There are about a million people in the band, but their music is exuberant and fun. Their tour is called the Random Acts of Kindness Tour. And they are called the Mowgli’s. What’s not to like?

“Pompeii” is the song that has gotten the most air play, but I love the whole album.

They are a delightful Scottish band, and I’m a sucker for most all things Scottish. “Backyard Skulls” is my favorite song on this album. And “Swim Until You Can’t See Land” from an earlier album. 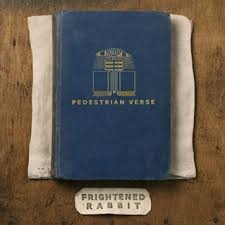 “The Wire” is the song getting airplay. They sound like Amy Grant turned really hip. (That’s meant to be a compliment.) They also sound like the Eagles came back in another life as three women.

She is not my standard fare, but this album got reviewed on NPR and in the New York Times, so I checked it out.  And I love it. LOVE IT, I say.

I was waiting, waiting, and waiting for this album because if you could wear out a digital record from listening to it too much, that’s what I did with the Suburbs, their previous album. And while the Suburbs cannot be surpassed, Reflektor is also a great record.

This band reminds me of what would happen if the grandkids of the Beach Boys got together to make a record. The harmonies are lush. The songs are playful. And, best of all, I can practice my belly dance shimmies to almost every song on the album.

“High School Lover” is the song that led me to buy the whole record.

8. The Avett Brothers, Magpie and the Dandelion

I saw them in concert this fall, and it was a great show, although I’m still a little freaked out their cellist wanders around the stage while playing the cello, and that distracted me A LOT. I dream of playing cello for a hip band some day, but not if I have to traipse across the stage.

In any case, the new album is great and I’m sure some lyrics will wend their way into a sermon at some point.

This is a fun song.

I also like their song “Breezeblocks”. Maybe I should buy the record.

This song is beautiful. I love a man with an acoustic guitar.

Did I mention what men with guitars do for me?

I’ve not been a huge fan of this band in the past, but like what I’ve heard from their new stuff. Love this song.

I love this song. But the video. Oh. My. Lord. The video!

You’re welcome. It’s genius. And so funny. And does nothing to dissuade me from men with guitars.

3 thoughts on “Music of the Year”