A Sermon preached at Southminster Presbyterian on April 18, 2010

On the last day of the festival, the great day, while Jesus was standing there, he cried out, “Let anyone who is thirsty come to me, and let the one who believes in me drink. As the scripture has said, ‘Out of the believer’s heart shall flow rivers of living water.’”

Now he said this about the Spirit, which believers in him were to receive; for as yet there was no Spirit, because Jesus was not yet glorified.

When they heard these words, some in the crowd said, “This is really the prophet.”
Others said, “This is the Messiah.” But some asked, “Surely the Messiah does not come from Galilee, does he?  Has not the scripture said that the Messiah is descended from David and comes from Bethlehem, the village where David lived?”

So there was a division in the crowd because of him.

Some of them wanted to arrest him, but no one laid hands on him.

Then the temple police went back to the chief priests and Pharisees, who asked them, “Why did you not arrest him?”

The police answered, “Never has anyone spoken like this!”

Then the Pharisees replied, “Surely you have not been deceived too, have you?
Has any one of the authorities or of the Pharisees believed in him? But this crowd, which does not know the law—they are accursed.”

Nicodemus, who had gone to Jesus before, and who was one of them, asked,  “Our law does not judge people without first giving them a hearing to find out what they are doing, does it?”
They replied, “Surely you are not also from Galilee, are you? Search and you will see that no prophet is to arise from Galilee.”

Then each of them went home, while Jesus went to the Mount of Olives.
Early in the morning he came again to the temple. All the people came to him and he sat down and began to teach them.

The scribes and the Pharisees brought a woman who had been caught in adultery; and making her stand before all of them, they said to him, “Teacher, this woman was caught in the very act of committing adultery. Now in the law Moses commanded us to stone such women. Now what do you say?”

They said this to test him, so that they might have some charge to bring against him. Jesus bent down and wrote with his finger on the ground.
When they kept on questioning him, he straightened up and said to them, “Let anyone among you who is without sin be the first to throw a stone at her.”

And once again he bent down and wrote on the ground.

When they heard it, they went away, one by one, beginning with the elders; and Jesus was left alone with the woman standing before him.

Jesus straightened up and said to her, “Woman, where are they? Has no one condemned you?” She said, “No one, sir.” And Jesus said, “Neither do I condemn you. Go your way, and from now on do not sin again.”

This is one of my very favorite passages in Scripture. I love this Jesus. This is the Jesus I wish I could be most like. This is also the Jesus who is so hard for me to emulate.

Because he is fearless.

Because he doesn’t get into petty fights with hypocrites.

Because he is willing to speak words of Truth, even though they will be dangerous for him.

Because he stands with the powerless and gives voice to those who are silenced.

This passage takes place at the end of the Festival of the Booths. Where Jesus had not wanted to go. Because he knew they were trying to arrest him. But he goes. And he stands up in public and starts teaching. That particular sermon was not recorded, but the authority with which he preached was. And it appeared to leave his opponents flummoxed. They couldn’t lift a finger against him. People started talking. Is he the Messiah? Could he be?

When they can’t counter his arguments, they try to impugn his character. “There’s no way the Messiah could come from Galilee, people. Of course he’s not the Messiah.”

To us, Galilee sounds like the Holy Land. We think of Galilee and have positive images. But back then, it was a big insult. Whatever the bad part of town is, the most backward part of your community—that’s what Galilee meant. And when Nicodemus tried to ask a question they called him a Galilean as well.  And look at Nicodemus’ question again: “Our law does not judge people without first giving them a hearing to find out what they are doing, does it?”

Nicodemus isn’t really even clearly defending what Jesus has said. He’s just asking about what you need to know before you pass judgment. And they call him a Galilean.

At the very least, this should give us pause. In a culture where it is easier to call someone a name than it is to sit down and have a conversation, we should be wary of our tendency to call people Galileans.

So, the next day, after Nicodemus has questioned the tendency to judge someone before the facts are known, they bring to Jesus a woman, caught, they say, in the very act of committing adultery.

We don’t even need to go into the problems with this story. She was alone? committing adultery? They caught her in the very act? I’m guessing we don’t want to know why they were in her bedroom….

But Jesus is asked to give summary judgment on this woman, caught in the act of adultery all by herself, so that they can stone her. “What do you say?”, they asked him.

And he says nothing.

You know me well enough by now to know that I would most certainly say something. I would rise to the oratorical challenge and let them know exactly how wrong they are and how Moses will come back from the grave to get them for misusing Scripture!

Which is reason 743 that God didn’t make me the Messiah.

Jesus stoops down, and starts writing in the dust. 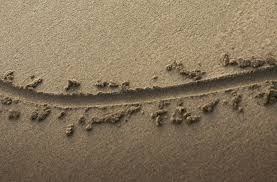 And it takes the wind right out of their sails.

Because it is hard to have a screaming match when you’re the only one screaming.

It is hard to fight with someone when you have to look down to the ground to find him.

If I were the woman standing by his side, however, I would probably not, in that moment, have appreciated his action. “Gee, thanks mister. Coward. Tell these guys what’s wrong with their argument! A woman can’t commit adultery by herself! Exactly how much sexual freedom do you think a woman has in the year 33 AD anyway?”

But he continues to scribble in the dust.

I, of course, want to know what he’s writing in the sand. Some good Aramaic word for “mean, jerkface bullies”?

And there is advantage to writing things in the sand.

As opposed to publishing them online.

Or etching them in stone.

Or putting them on the front page of the Jerusalem Times.

Or turning to violence or anger.

Because things in the sand are not permanent. They allow you to change your mind. The sand will blow away. Or you can move your hand across it and it will disappear.  Or rains will come.

Things written in the sand allow you to reconsider and to write something else. To slow down on passing judgment and to consider another perspective.

After a while, as they continue to throw questions at his silence, Jesus stands up and tells them, “Let anyone among you who is without sin be the first to throw a stone at her.”

Once again, at this point, I suspect the woman was having some second thoughts about Jesus’ plan.

Because Jesus invites them to stone her and then stoops back down and starts playing in the dust.

But they don’t stone her.

They were certainly more than ready to do it a few minutes ago.

But this time they just silently disperse, dropping their stones to the ground, where they each make a thud, sending up little clouds of dust.

And Jesus speaks to the woman for the first time.
“Woman, where are they? Has no one condemned you?”

To the person whose side of the story had not so far been requested, Jesus gives her a chance to speak.

What must that have been like to realize that for the first time, that day at least, nobody was condemning her. “No one, sir”, she replies.

“Neither do I condemn you.” Jesus tells her.  “Go your way and from now on, do not sin again.”

But what does that mean?

Everyone sins. We aren’t proud of it, for sure. But a part of our life in faith is acknowledging that we make mistakes. That we turn away from being our best selves.

Even our would-be stone throwers acknowledged that none of them were without sin. Is Jesus expecting her to be perfect? Is he referring specifically to the adultery?

But Jesus is rarely just talking to the character in the text. He is talking to us as well. And while I’m sure he would tell us all not to be caught in the act of adultery by ourselves, I suspect he’s telling us something more.

Go and do not sin again.

Maybe it is to go from here and start living as if you know you are God’s beloved child, worth more than cheap relationships.

Maybe it is to go from here and not leap to judgment again.

Go from here and stop calling people adulterers or Galileans.

Go from here and stop using Scripture as a weapon.

Go from here and try to consider the other person’s perspective.

Go from here and worry more about your own relationship with God and less about your neighbor’s.

Go from here and do not return anger and hatred when it is thrown at you.

At the beginning of the text today, Jesus said, “Let anyone who is thirsty come to me, and let the one who believes in me drink. As the scripture has said, ‘Out of the believer’s heart shall flow rivers of living water.’”

If we want to call ourselves believers, if we want to go and sin no more, perhaps we have to check and make sure that is rivers of living water that pour forth from our hearts.

Sometimes it seems that we live in a landscape of stones waiting to be thrown, of dry river beds, harsh words, and parched souls.

But Jesus says, “Let anyone who is thirsty come to me, and let the one who believes in me drink.”

Friends, the world may tell you that there isn’t enough of the Living Water of God’s grace to go around, that the lines we draw in the sand are permanent. The world tries to tell you that the best way to feel better about yourself is to judge someone else, but Jesus says, “Let anyone who is thirsty come to me, and let the one who believes in me drink.”

And this living water that Jesus offers us will wash away whatever lines we make in the sand, washing it clear and clean and new.

My prayer for us all this week is that “Out of our hearts shall flow rivers of living water.’”

6 thoughts on “Lines in the Sand”